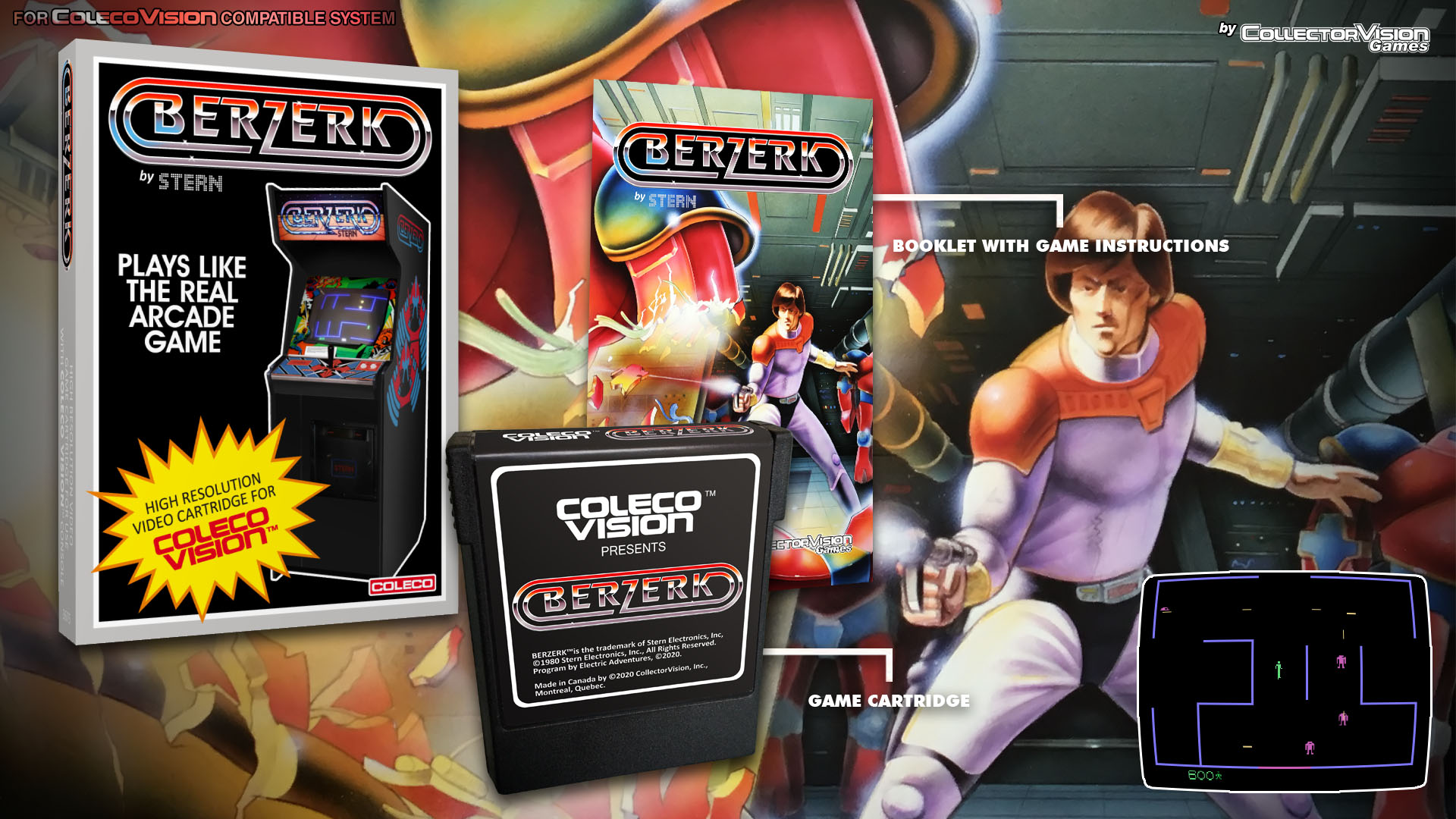 Berzerk for ColecoVision Released For Sale

Berzerk for the ColecoVision has been released as a physical cartridge with box and instructions and is available to purchase from the Collectorvision web store: